That was the question I got asked the most before I left and even while I was in the country! 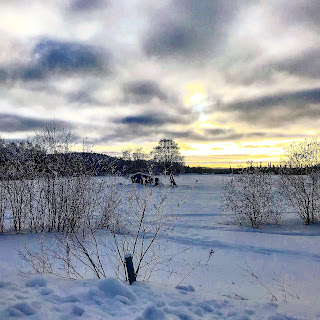 Clearly because of how ugly it is. I mean, look at this picture. Just disgusting. 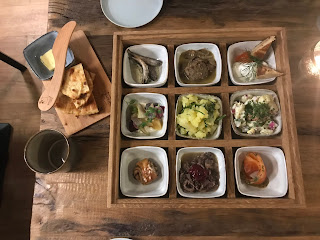 Because obviously the food sucked and the presentation was just ridiculously over the top. Gross. 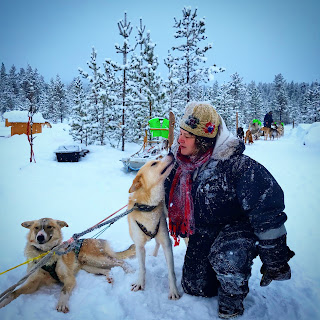 Because who doesn't want to get mauled by dangerous huskies such as the one above trying to attack my face while I so obviously encourage it to stop. 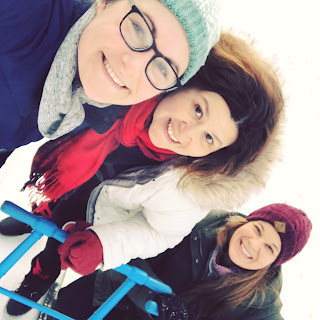 Cause of these two losers next to me who just had to tag along on the worst trip ever....

Ok, you have to know by now I'm kidding and being extremely sarcastic. Why Finland? WHY NOT??

It first started a year or so ago when I wanted to take a trip to Iceland with friends. And then everyone started going to Iceland because of the cheap flights. I read on a blog or Pinterest or somewhere that Finland was going to get to be the next hot tourist destination in a few years. So I thought, "Well, I'm certainly not a hipster by any means but I could totally do a hipster trip to Finland before it gets popular." So that's what I did.

Brie and Caroline were immediately intrigued. I told them I wanted to hit up the northern lights but that it might be impossible because we'd have to take a flight up north. They were like, "Ok, so let's do that." And we bought the tickets from Helsinki to Ivalo (pronounced EEV-ah-low not Iv AH lo). Then I said, "Estonia is a day trip away by ferry." And Caroline said, "Ok, so let's do that."

Check out these gross looking pictures of Tallin, Estonia: 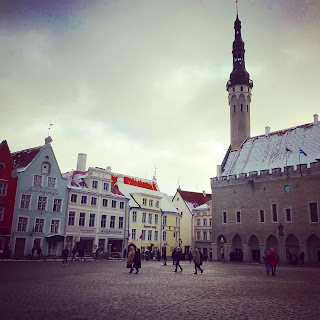 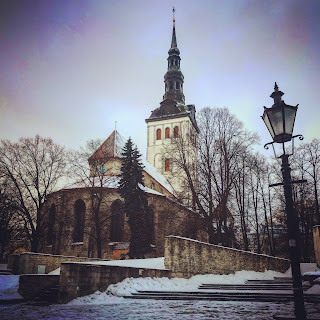 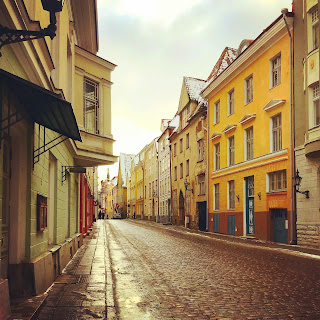 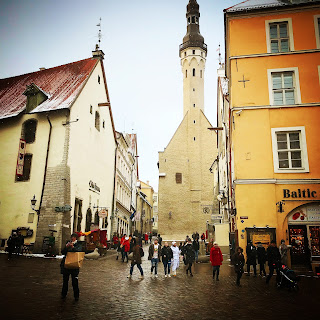 So, then we started planning and reading up and before we knew it, we were sitting in our cozy little AirBnB flat in the middle of the Design District of Helsinki. We did everything and saw everything and ate everything. And even despite the evening that we waited and waited for the northern lights to appear and played all sorts of card games and drank hot wine, the wait was worth it. See below the pic a new friend took for us of the northern lights: 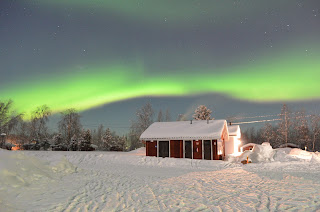 So now our trip is done and over. We've been back now for a week and the whole time we've been on our group chat talking about how we wish we were back in Helsinki together because it really was the trip of a lifetime.

So, why Finland? If you're still not convinced by any of what I've said, then I can't help you ;)