"Basel is so expensive!"
"There's more to do in Freiburg."
"Basel is so small compared to Zurich."

All of these statements are quite true.

But I didn't move to Freiburg or Zurich when I came over to Europe 12 years ago.

I still remember the first day I ever stepped foot in Basel. I was with Paula,  my house mom (what we au pairs referred to our bosses as), and the three children I would start looking after later that week. It was a Saturday and I was literally right off the plane just a few days. I remember the feeling I got walking across the Rhein River for the first time. I was mesmerized by this city that not many of my friends had even heard of until I told them where I'd be living.

Basel became my retreat. My getaway for when I needed a break from the small little village I lived in. I would meet up with other au pair friends and eventually would come to find a church to attend as well. On Saturdays, I would drive into the city center, get a Cafe Mocha from Starbucks, and sit on the steps of the Rhein and journal. Several times I'd venture into the English bookshop and scour new titles of books that sounded interesting. Of course I visited Luzern and Bern and Zurich, but there was just something about Basel.

Yesterday, I needed a retreat for myself. In the chaos of packing and getting ready for our upcoming Christmas concert and Actor's Showcase, there had hardly been any time for me to have that coveted "me" time. This time was a little different than most. I knew that this would be the last time I'd spend an entire day in the city for a long, long time. I could've taken the tram from the bus stop into the main part of the city, but I chose to walk across the Rhein and soak in the view of the Münster for a little while.

I took my time walking down each familiar street and going into shops that have become a favorite. I walked into the Rathaus courtyard and stood for a little while, remembering that a picture of it had become my desktop background the summer before I moved to Switzerland.

I call Basel "my city" for many reasons. It was the city that I really first navigated on my own. It was where I learned to be independent. I would get lost in it on purpose just so I was able to find my way around and I'm so glad I did. There are many memories with friends there, some of which I'll probably never see again because of time and distance and losing touch. In essence, it was like saying goodbye to a friend I knew I wouldn't see for a long time.

I leave you with this picture. It's my favorite view, the one of the Münster. I know it's expensive and not as fun as Freiburg or what not, but it's still my favorite city and will always and forever hold my heart. 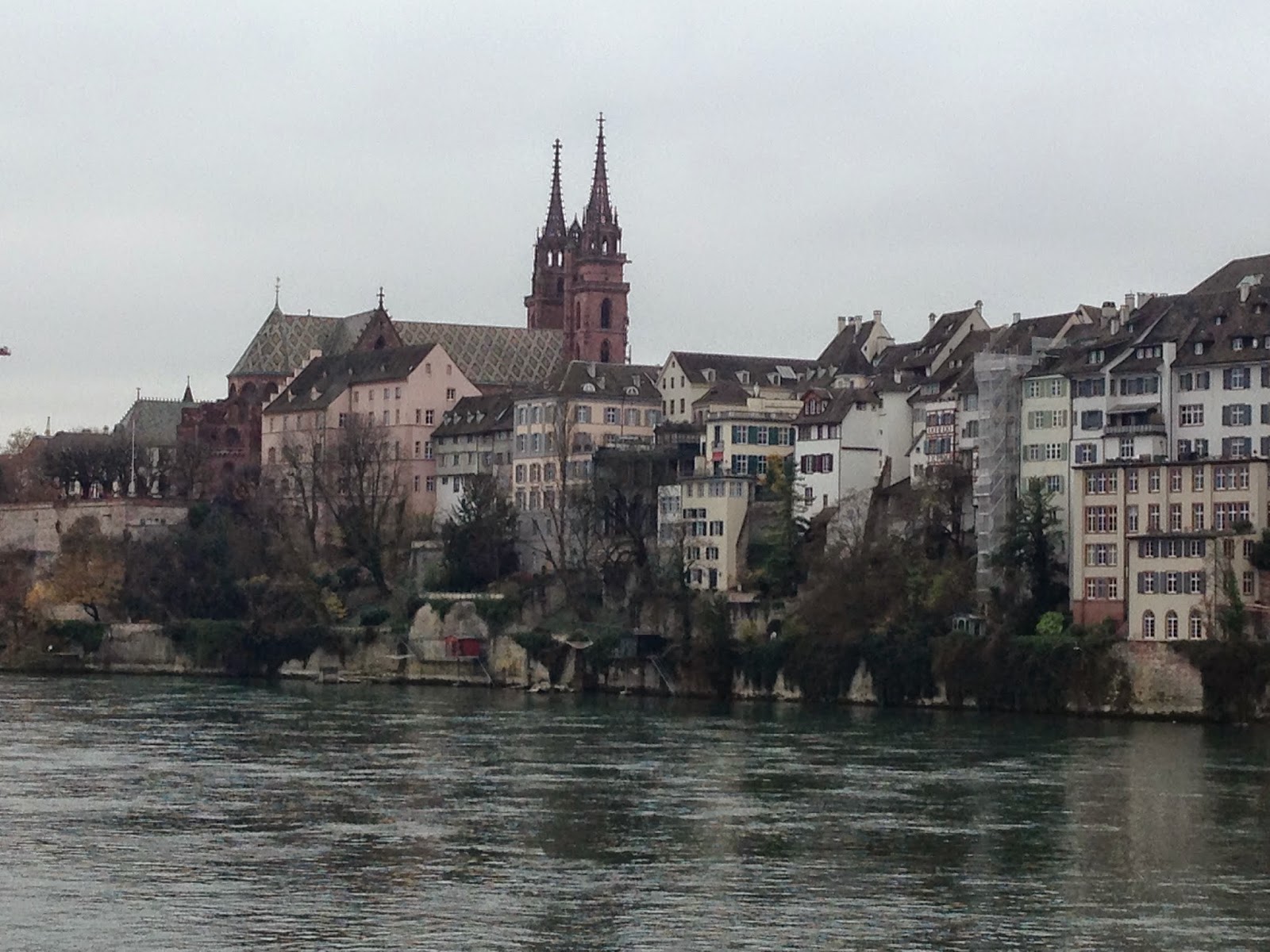