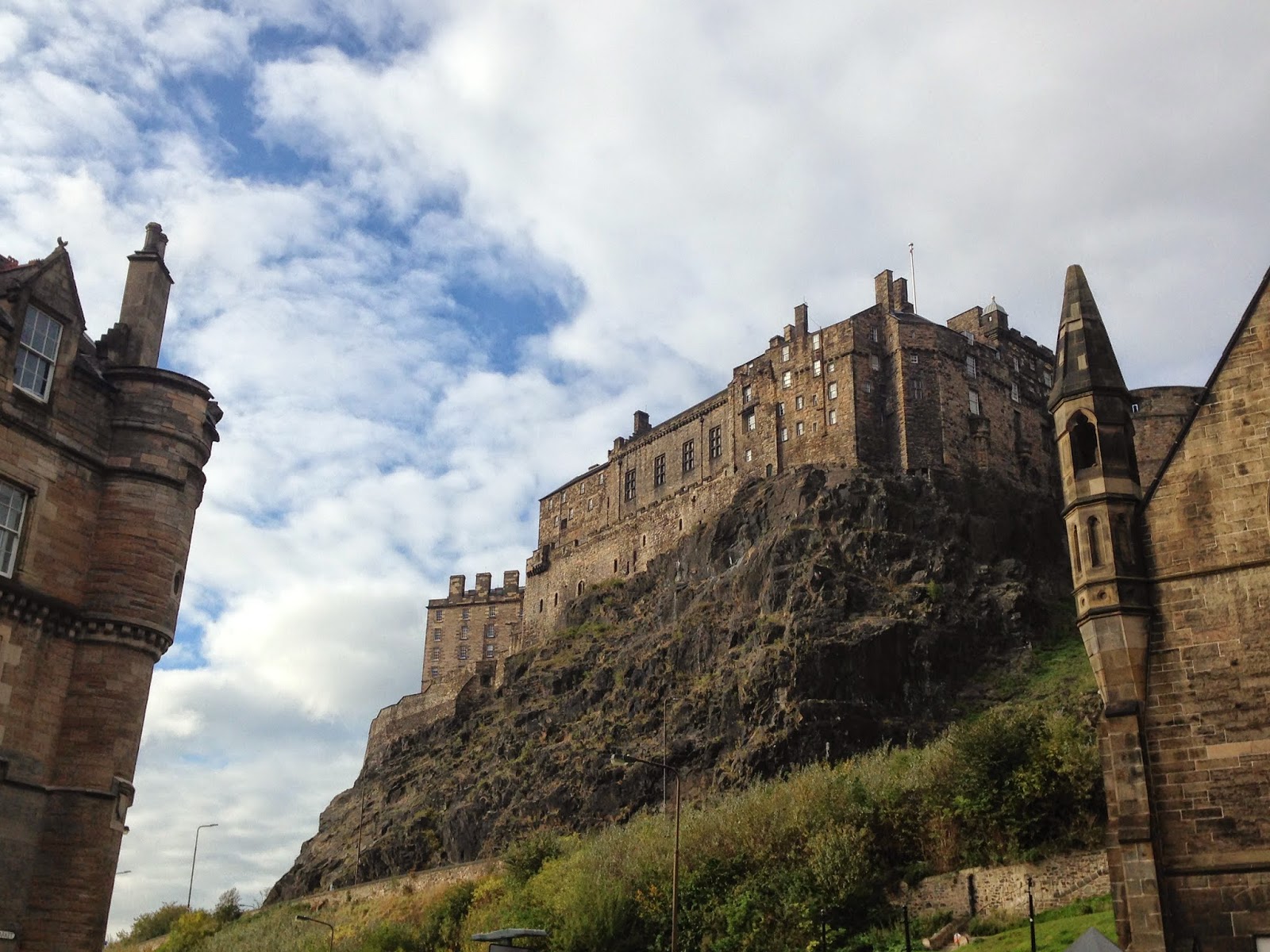 "Were you really in the British Isles two weekends in a row?"

Kristi asked me this the other night at small group when we were discussing what we'd done for our birthdays.

The answer is yes, yes I was!

Amy, Christine, & I had been planning this trip since April. I like to take advantage of how easy and close it is to travel to other countries while living abroad. And since I'm only here for about two more months, I knew I had to hit up a few countries that I'd never been to before. Scotland was the first (We hit Spain and Ireland in December).

Despite a few mishaps with our booking reservation, we ended up staying at a lovely hotel right in the heart of the city center. It was within walking distance to basically everything and we didn't have to go far to get to the Royal Mile.

Friday evening consisted of finding Mexican food for dinner (that's a rarity over here and when it's found and when it's good, it's always a good day), buying our Starbucks City Mugs (basically a tradition), and going to see a movie. It kind of felt like going out for a real Friday night because we were in a big city.

On Saturday, we took two walking tours. One was a three hour tour of Edinburgh and the other was an hour tour of Harry Potter. There was a lot to learn about Scotland's history and it was interesting hearing about the religious struggles the Presbyterians faced on and off during wars with England. The Harry Potter tour was OK. I say "OK" because it was really meant for children but everyone on the tour was college aged or up. We ended up leaving a little early because there was this magician who kept popping up and it was a little redundant and boring. But still very cool to see where J.K. Rowling found her inspiration!

Saturday evening we went out for my birthday (this really cool guy paid for us to eat at a delicious Italian restaurant ;) ) and on Sunday morning we ate breakfast at The Elephant House, which is the cafe that Rowling wrote Harry Potter.

Probably my biggest highlight was experiencing church services at St. Giles, the oldest Presbyterian Church in the world. It was a beautiful service and the whole time I couldn't believe I was sitting in this place on my birthday!

We left Sunday evening and flew back to Germany. All in all, it was a fun weekend with two very special friends. I really, really enjoyed Edinburgh.