Christine and I were all ready for the first day of school today... 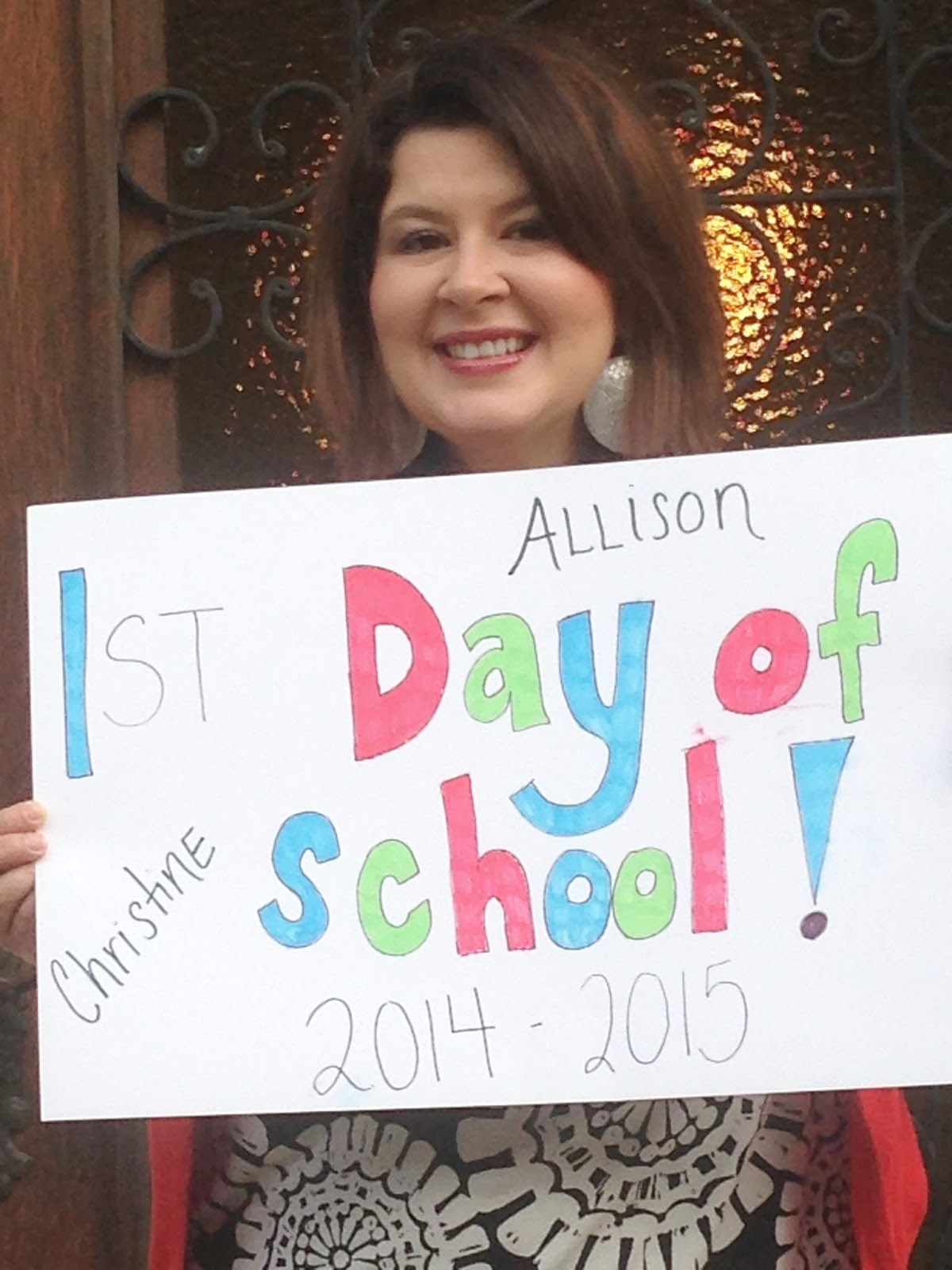 As is every year at BFA, teachers were to be ready to go at 8:45 in front of the auditorium. But first,we had to take a selfie with Dayla 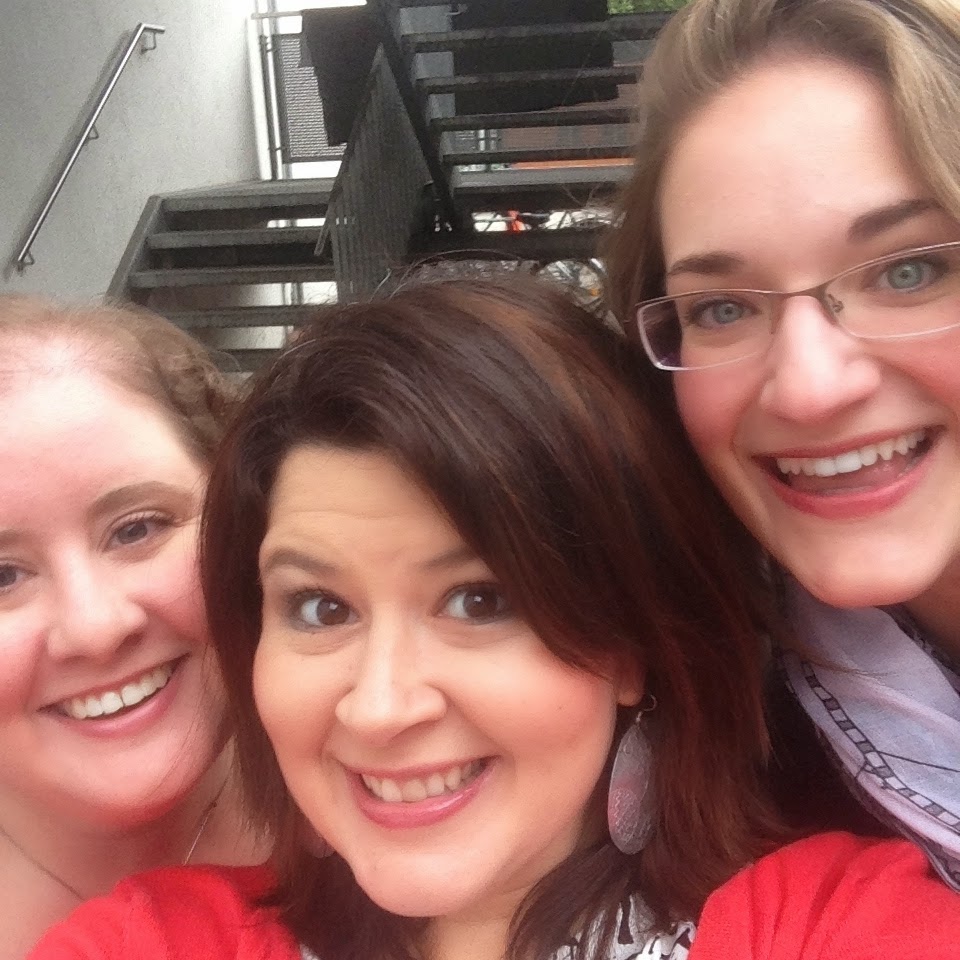 "Where are the seniors?" I asked after we were lined up.
"They're waiting outside," said Kristi.
So I got out of line and briskly walked to where I saw them all lined up with their flags taking pictures with each other. I immediately ran to some of my senior girls and got a few pictures before I had to get back in line 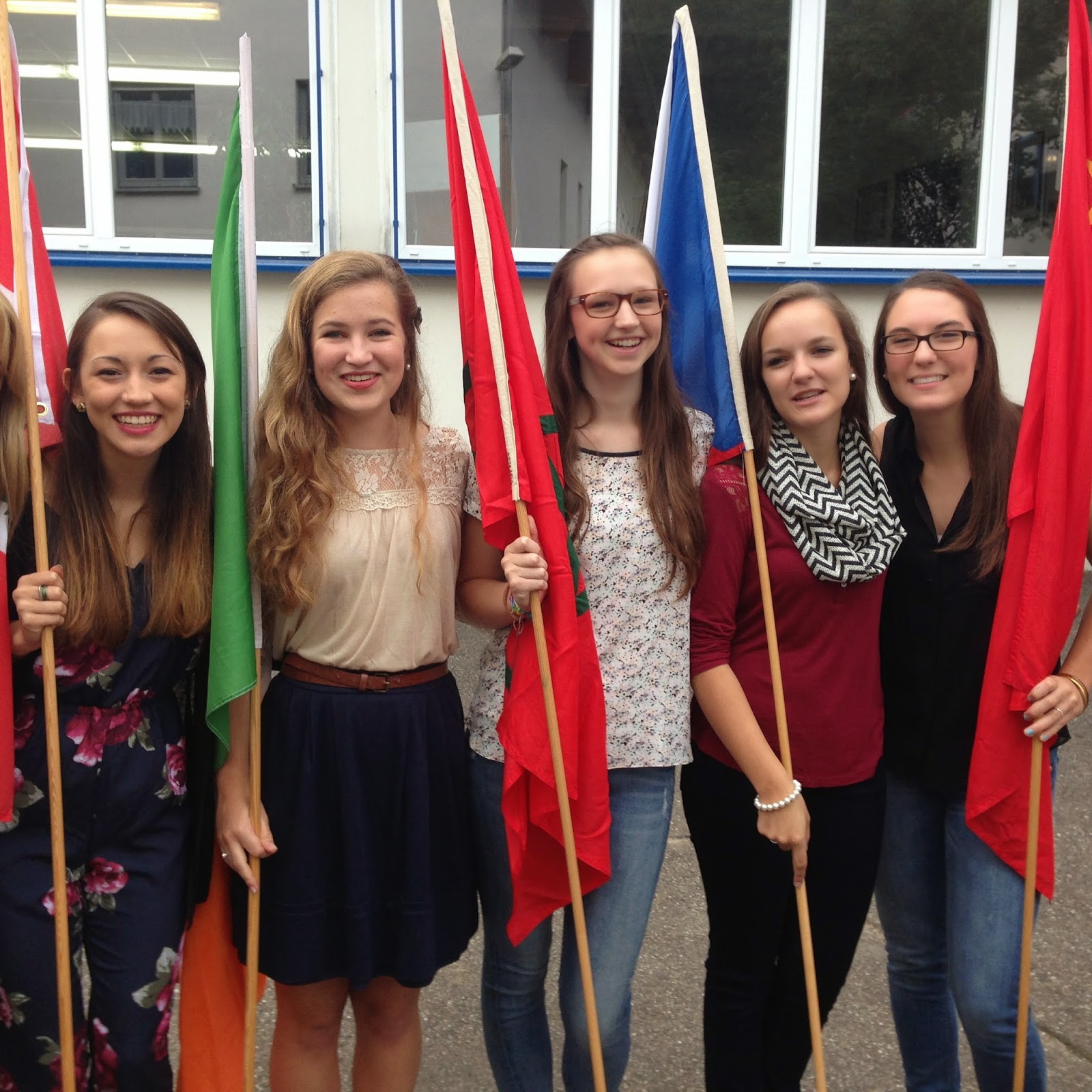 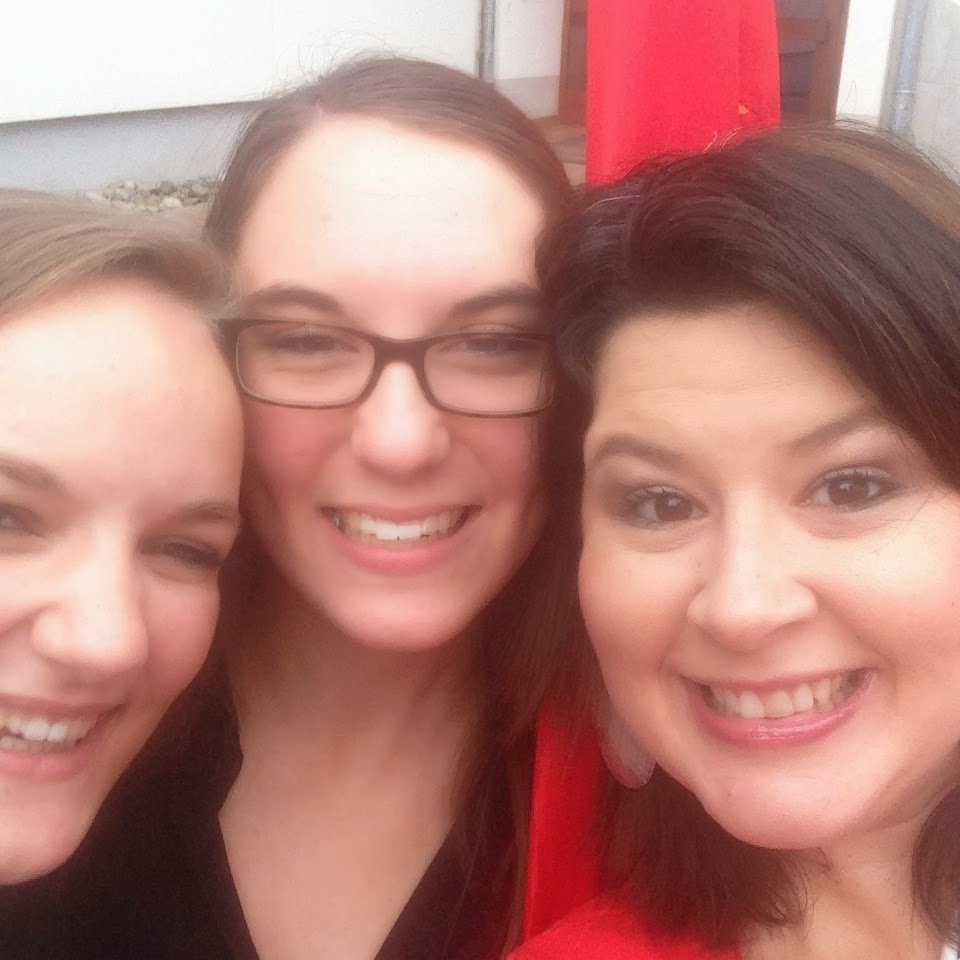 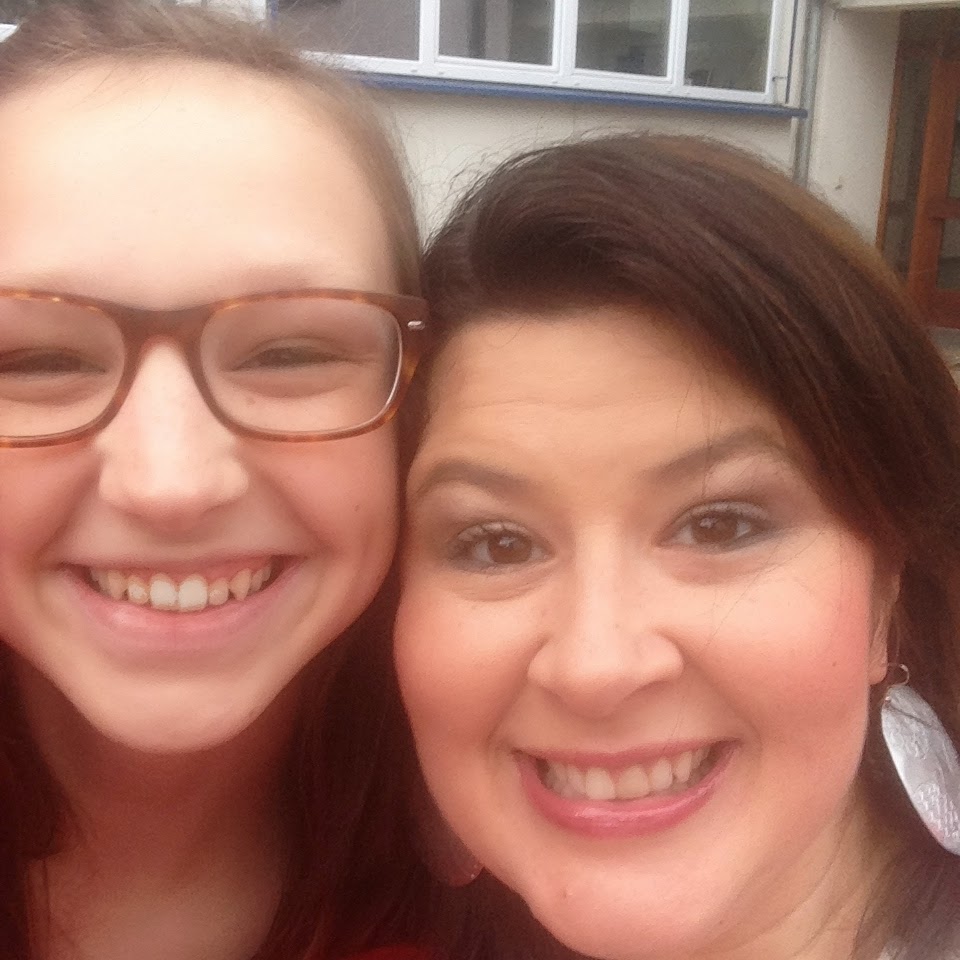 And then the opening ceremonies began and soon we teachers were filing in. I expected to cry when I saw the seniors walk down the aisles with their flags, but I was so excited or them that I couldn't help but clap and cheer as they took the stage and placed their flag on display.

The normal charges were given - Director's charge, Principal's charge, and the Student Body President charge. This year's was a little different with Brenton, the President, ending his speech by challenging us all to branch out and then finishing off with the ALS ice bucket challenge.

The ceremony ended and the students filed out to say goodbye to their parents and younger siblings who would be leaving for their homes. It's one of two emotional goodbyes at BFA, the other being after grad when the students say goodbye to each other.

We had the usual announcements, I talked about auditions for the musical at the extra-curricular meeting(and then had 65 kids sign up! Oy!), and then the kids rotated through their classes. Currently I have 38 in Choir and 8 in Acting. Tomorrow we'll get to go through the syllabus and have actual instructional time. Note to BFA peeps: if you hear a lot of laughing and yelling from the Auditorium at 3rd period, it's just my Acting kiddos ;)

All in all, it was a perfect first day back.