Ok, where do I begin? My apologies that I haven't updated since Christmas Eve. But if you know me, you know that I've been busy..yes, even on my Christmas Break!

So, I'll try to squeeze in as much as I can with a few pictures and try not to take up a four page blog.

Christmas Eve was spent having Christmas dinner with the Read family. The Reads are one family I've adopted as my "second family" over here in Germany. I've been blessed to sit under Geoff's preaching at ACB all three times I've lived in Europe. We had a homemade curry dinner and then opened presents. Marie-Louise made me a scarf that I have worn almost every day since receiving it. I don't think I've ever had a handmade scarf and so it is something I really treasure. 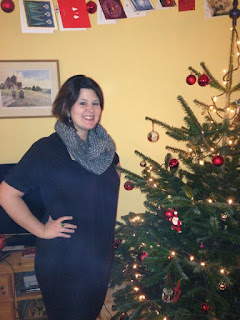 After presents were opened, we left for the Christmas Eve service at ACB. It started at 11:30pm, which I really liked because it meant we didn't have to rush around all afternoon (or at least I didn't) getting ready for it. We got there in time for Marie-Louise, Becky, Katya, & me to sing in the choir with the Hunklers (another family I've adopted as my own). This was quite the experience, but a fun experience nonetheless. After the service ended, we took this awesome pic of me with the Hunkler and Read girls: 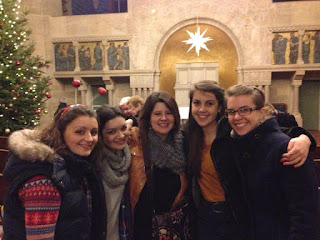 I spent Christmas Eve night with the Hunklers and we slept in late and then opened presents together. My mother sent over my stocking with a few other items for my Christmas. This was the loot I got on Christmas Day: 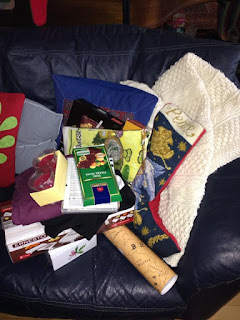 I made it to Kandern later that afternoon where a Mexican fiesta Christmas Dinner was being prepared at CB & Erin's house. Everything was delicious and afterwards we lounged around and watched The Family Stone. 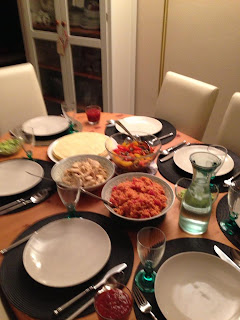 I went out to Ramlinsburg, Switzerland, where I used to Au Pair and had a mini-retreat for myself. It was nice to just relax and read a few books. On New Years Eve night, we all met up in Basel for dinner at Picobello, an Italian restaurant on the Rhein. We then went up to the Munsterplatz and counted down the New Year, then watched the city light up with fireworks. It was one of the best New Years I've had! Especially because I've always wanted to spend New Years Eve in Basel :) 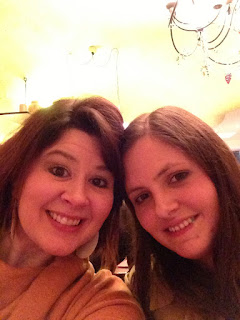 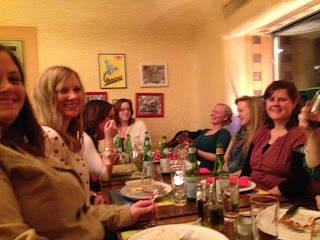 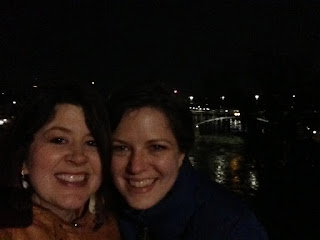 Yes, it was a little odd being away from my family this year, but I am so blessed by the people God has strategically placed in my life, especially during the holiday season. May you all have a blessed and wonderful 2013.
HAPPY NEW YEAR!!!! 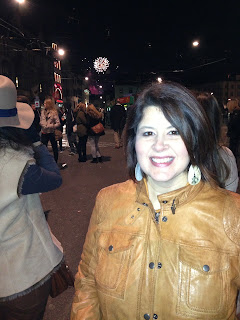