Friday night Brie, Caroline, Yukari, and I went to another Veritas event. This time it was at MIT. Talk about feeling out of one's league! The debate was between two Christians and two atheists on technology's impact on the world. It was really interesting to hear the two sides of the argument. Afterwards, we went and grabbed a bite at a pub called The Mind of Science, where the menu looks like this: 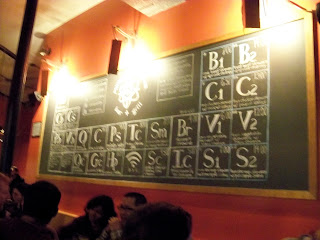 Last night, a few of us went down to Hingham on the South Shore of Boston to eat at Wahlburger's. If you're a New Kids on the Block fan or Mark Wahlberg fan, you know the connection. Donnie & Mark own the restaurant with their brother, Paul, who is a chef. The burgers were out of this world amazing and I got to meet Paul Wahlberg!!! I also scored a free t-shirt because I "Liked" their Facebook page and tagged a picture of the manager and me. I'm not such a fan of the pic of me and Paul, but I had to put it on here because HELLO it's the closest I've ever come to meeting a Wahlberg!  All in all, another great weekend :) 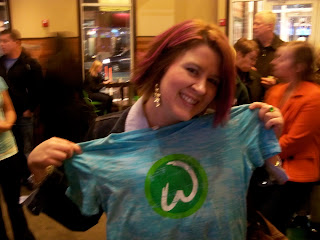 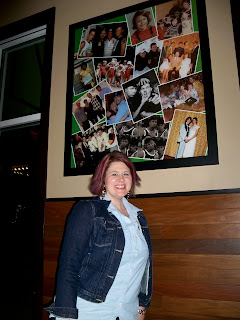 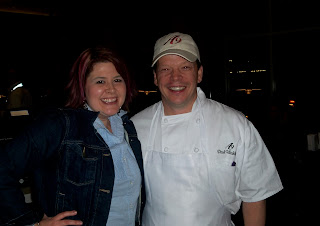 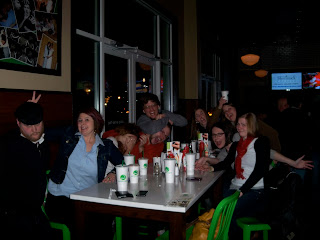